How To Learn To Activate Your Mind 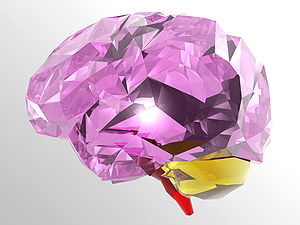 How To Learn To Activate Your Mind

As you learn magick, your mind activates new areas to handle each skill. I use magick to accelerate that process.

All the tools you need are in this series. But you still need a plan of study. To help with that, here’s how I learned mental activation, step by step:

(No new info here. Feel free to skip it.)

Your mental areas are non-physical, magickal structures. They drive magick once they’re active. But most are inactive, limiting the magick you can learn.

Here’s how I learned to use magick to activate my mental areas so I can skip straight to learning the skill.

A friend was studying how his mind drove magick. He introduced me to the concept of mental areas.

I found them with the exercise I gave you: Make a connection, use a second connection to trace the first into your mind.

I explored my mind for a few weeks. First I watched my mind as I did magick, and worked on recognizing where one mental area ends and another begins. Then I mapped out those area, and saw that some had many active paths inside them while others had only a few.

The time looking around also activated the mental areas I’d need to perform that activation. Not that I was aware of it at the time. But if you’re trying to repeat what I did, spend some time exploring your mind.

I started with the mental areas that were already partially active. They were all I could think to do. I hadn’t even seen inactive mental areas yet.

I pushed energy through the mental areas. Energy with my normal signature. It worked, but felt clumsy.

For a few weeks, mental activation worked great. Then power became a problem. I got headaches, slept constantly and never felt rested, and couldn’t activate any more areas.

But I hadn’t figured that out yet. I just knew my mental areas were using the wrong signature. I assumed the right signature, my signature, was the signature I used when making my normal, default energy.

My first thought was to re-balance the mental areas. Shift their signature back to normal by activating the right additional areas, or by changing the signature of some of the areas I was already using. Neither worked.

I started thinking about how power flowed into my mind. Maybe I could leave the mental areas alone, and align the power to them. Would that change my basic signature? I didn’t know*. And as I was looking at my mind and thinking about this, I found my core.

*If you activate a lot of mental areas, it does. But I wasn’t activating enough mental areas at the time to make a noticeable change.

The problems stopped once I activated a core path for each new area.

Activating mental areas and their cores worked well for several years. Then I started slowing down again as my brain caught up to all the mental areas I’d activated. Read about how I fixed that.

I would pick a skill I wanted to learn. Energy healing. Communicating with spirits. Making and noticing subtle connections. Whatever.

I’d practice that skill until the mental areas responsible for it started to come on, then I’d activate them.

Every few months, I return* to the mental areas that handle mental activation, activate them better, then ask them what other areas they wanted to work with, and activate those, too.

*In the present tense. I still do this.

Each mental area is designed to perform one magick skill. Activating more areas will make difficult skills easy, and will make you notice the new aspects of magick those areas are responsible for.

Some of the more useful skills in the mental activation cluster of skills:
Finding mental areas for particular skills, so you don’t have to practice until the area starts to activate on its own
Tracing core paths more easily, to find the power supply faster
Seeing more completely inactive mental areas, so I can learn skills that I know even less about

After improving the areas for mental activation, I improve the mental areas for every other skill I use, too. The technique is the same.

The practice from activating all those other areas makes me better at mental activation. So I return to the areas for mental activation and improve how they’re activated. Then repeat the cycle.

That’s how I learn magick.

Hey there thanks for all of the great tutorials, yesterday I was able to create and maintain an energy connection for the first time, it doesn’t sound like much, but you gotta start somewhere right?

Just one question, stage 5 is to learn a new skill, are there any limitations on the skills that you can learn, or is anything possible as long as you practice and either open or create the correct ethereal muscles?

Congratulations! Maintaining a connection is a big step. Well done.

When you think of skills to learn, think about things like directing energy or communicating with spirits, rather than teleportation or turning your table into a cat. The fundamental building blocks of magick, rather than end results you’d like.

Then we can take those building blocks and engineer new techniques, like better healing or more precise manifesting.

Next post: Step 1 (of 3) to Learning Conscious Magick: Step-By-Step Visualizations