How to Hack a System, Step by Step

A reader, Mike E, asked for a step-by-step on how to hack a system, based on it’s symbols, like a Goetic sigil, planetary sigil, or Enochian sigil. This post is my answer.

Special thanks to Mike E for reviewing this post. It’s a much better explanation now than what I initially sent him.

By the way, this is a long, technical post about fairly complex direct magick. If that’s not your cup of tea, feel free to skip.

Review: Why Hack a System

Want to use a system you’re not familiar with or initiated into? You need to hack it.

The most common reasons I’d hack a system:

Remember, systems can handle many simultaneous users. Kind of like a website. You can hack and use a system without interfering with anyone else.

Before Hacking a System

If you’re new to direct magick, follow The Step by Step Guide to Learning Direct Magick until you get to “hacking systems” in the last section.

If you already know some direct magick, the main skill required is making good sensory connections, in particular, aligning to a signature at a small scale. This series explains how.

Hacking a System, Step by Step

For this post, I hacked the Enochian system and a Thelemic system, and wrote each step I took. 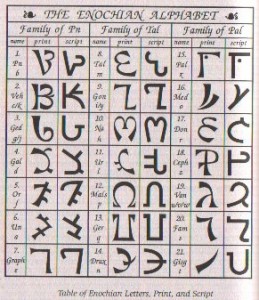 The Enochian system is used by the Enochian spirits / Angels to help them interact with human mages. Like the Wizard of Oz’s machine, it creates an impressive-looking projection of the spirit operating the system, including visions and sensations that make you think of angels. Like a well-written computer program, it can handle some conversations without a sentient spirit operating it.

When you hack it, you can connect directly to the spirits behind the system (the wizard behind the curtain). When I train with spirits, I prefer to talk to them directly, rather than talking through a system, though I can’t quantify the benefits. But it gives you a much better sense of who you’re working with. I’ll explain how to do that in this post.

I picked Enochian because the spirits associated with that system are helpful and not aggressive. Later, I discovered that spirits normally considered demonic, like the Goetia, are often just as friendly. The holographic projections are demonic, but the spirits behind the curtain just want to help.

Hacking a system is a bit like crashing a party: Not a huge deal but not entirely polite. It will get the attention of all the spirits who own that system, even ones you weren’t thinking about. Be prepared to apologize.

Step 1: Connect to the System

Engage your mental posture for doing magick and focus on the symbol. (I often call this “meditating on the symbol”). I chose the letter Un. When you feel a shift in energy, the system has connected to you.

Meditating on Graph (the letter that looks like a rotated L) didn’t connect me to the system. I think it’s too close to English for me, so I just think of L, not Enochian.

Alternately, if you know a ritual technique like vibrating names, you can use that. Anything associated with the style should trigger the system to connect to you.

Step 2: Align to the System’s Signature

This is why this technique is intermediate direct magick. You must align to the system’s signature. Quick overview (details in that link):

(For details on how to do each of those steps, see this series).

Mike E (the reader) requested visuals. I wish I could give you a visual to make this work, but I can’t. Here’s why:

The solution? Break the problem down into chunks your unconscious can handle. Train your unconscious to do each step in sequence. Then you can associate a simple visualization with that sequence, and it becomes another single step you can use in larger, more complex techniques.

Aligning to a signature is a complex task. If I give you a visualization, it won’t help, since you need to train your unconscious first.

I explain this philosophy, and how to build these visualizations, in this series.

So if rope is your top-level signature, then twine is 1 level down, thread is 2 levels down, and so on.

Most systems check to see if you’re aligned to its signature using the signature scales it normally works with. So if the system works at the twine scale, and you align at the rope scale, you won’t get in. But if you align at the thread scale, you’ll get in, and probably be treated as a high-level user who can issue special commands, like telling the system to remove all connections it’s made to you (in the computing world, we call that “admin access”). 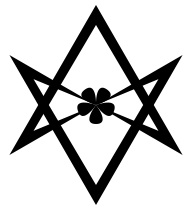 Mike E asked about using the easier-to-hack Thelemic system to help you hack the Enochian system. Cool idea, but it won’t work. Unless a system has a command to align to another system’s signature, it can’t help you hack another system. And if it did, the “help you hack” system would probably require you to align to it at the same scale it uses to hack, so it wouldn’t let you hack systems you couldn’t hack already.

Step 4: Guide the System Into Your Mind

Give the system a minute to connect to your mind, then communicate with it by slowly by thinking a sentence, focusing on each idea. (One idea may be several words. For example, “red ball” should be sent as one idea, rather than abstract red then an image of a colorless ball). My first instruction is usually “Requesting basic usage instructions,” which will cause the system to tell you what commands it accepts.

Contacting the Spirits Behind the System

To talk with the spirits who own the system, rather than the holographic projections the system gives most people, just ask the system “who owns you?” It will connect you to the spirits.

Introduce yourself. Explain that you wanted to see how the system worked, but that if they want you to leave, you will. (If they say yes, leave. Remember, you’re crashing their party). Pick something you’re trying to learn, and ask them if they’ll teach you about it. Let the relationship grow like it would with a person you just met, where you find a common interest to work on for a little while, then call a few days later with something else.

A good request is “Teach me how to communicate with you more effectively, so it’s easier for you to read my thoughts, and so I can read your responses more accurately.” The easier you are to communicate with, the happier spirits will be to talk with you.

Is there a post that’s confusing you? Leave a comment or email me at mike@magickofthought.com and let me know.

This entry was posted on Thursday, May 5th, 2011 at 9:00 AM and is filed under Advanced Conscious Magick. You can follow any responses to this entry through the RSS 2.0 feed. You can leave a response, or trackback from your own site.